Rob offers a unique blend of sporting and commercial leadership experience to his clients. He is a double Olympian and a proud member of the Great Britain Men’s Hockey Team which won an Olympic Gold Medal in the 1988 Seoul Games. Described by team mates as a ‘players’ player’ who always put the team first, he built on his success at Seoul by being voted National Player of the Year in 1990 and captaining the Great Britain team at the 1992 Barcelona Olympics.

Following his retirement from playing hockey, Rob focused on a commercial career in banking with HSBC and Barclays. He held several senior leadership roles across retail and corporate banking, both customer facing and in risk management. His career highlights include winning the mandate for HSBC’s then largest corporate debt underwriting and managing a comprehensive restructure of the Bank’s high risk business lending function. He also gained international exposure from a regional credit role in Hong Kong and establishing an off-shore recoveries unit in India before latterly specialising in supporting under-performing businesses to help them turn around. This gave him an alternative perspective on how people think and behave under pressure and an insight into the importance of building relationships to overcome conflict.

Sport has always remained in Rob’s blood though. He coached club and county youth hockey teams for over 15 years and is passionate about helping young athletes to develop into rounded sports people, seeking to inspire a love for the game while always looking for ways to improve.

Combining his sporting and commercial experience, Rob now coaches young athletes to enhance their mental skills for sport and beyond – developing self-awareness, building confidence, dealing with pressure, enhancing focus and responding pro-actively to set-backs. He has built on his inimitable experience of how the mind works in high pressure situations, completing a Masters in Sport & Exercise Psychology and gaining membership of the Association for Coaching. Rob has a calm, thoughtful and perceptive approach that allows him to build rapport and understand how clients can develop their mindset.

Working with individuals, groups or teams he sees his role as guiding them on a journey to explore their potential so that they can maximise their performance at the same time as promoting all round well-being.

Captain of the GB Men's Hockey Team at Barcelona Olympics

National Player of the Year 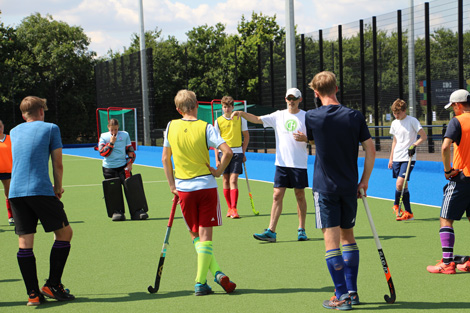 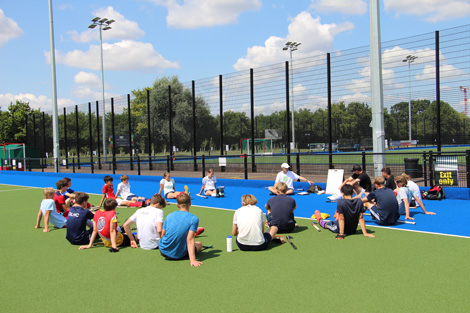